Why Unions Matter to Me 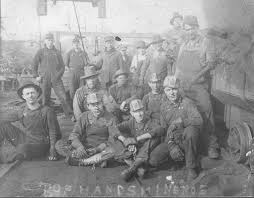 You are here: Home / Member Thoughts / Why Unions Matter to Me

We at the NTFC have just begun bargaining a new contract. It has already been a long process. Some of the most difficult parts are yet to come. I think of my relatives, striking so that companies would pay for the lungs they took for profit. *