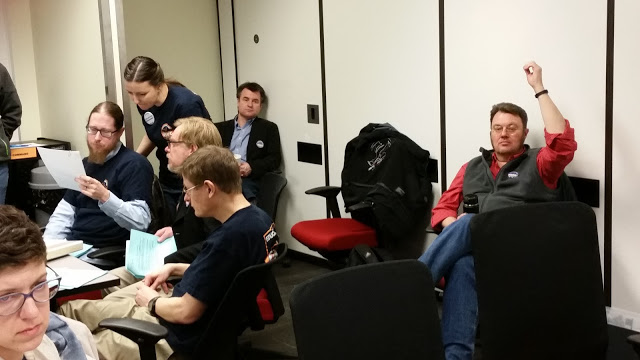 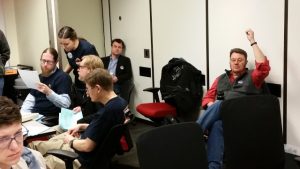 I’m sending this email to announce the upcoming General Membership meeting of the Non-Tenure Faculty Coalition (NTFC Local #6546), to be held at 5:30 on February 23rd, 2017 in room 29 of the McKinley Foundation, located at the corner of 5th and Daniel St. in Champaign.

We will update the members on the state of our union and discuss our ongoing efforts to implement the Collective Bargaining Agreement.

Other proposed agenda items include:

Finally, we will discuss how and when the union should take official stances on political/social issues and/or endorse political candidates.

The General Membership meeting is open to members of Local #6546 only, but we will have membership cards available at the door for any bargaining unit members who wish to join the union at this point.

I hope to see you all there!