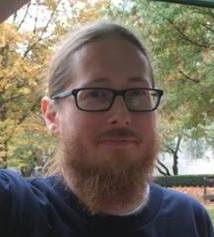 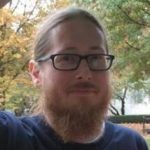 Spring Break is upon us at UIUC, starting tomorrow, and many of us certainly can use it. NTFC Local #6546 still has a lot on its plate.

This week, we hosted leaders from UICUF and UISUF, the faculty unions at UI Chicago and UI Springfield, respectively. They were down to join us for a silent protest at the Board of Trustees meeting (photo) in support of UISUF’s bargaining, which faces many of the same problems that we faced around this time last year. We then met to plan some next steps for UISUF and our broader UI coalition–many of which you should hear about soon.
Also this week, a bill NTFC has endorsed, the IL Student ACCESS bill passed out of the Higher Ed Subcommittee (link), which means undocumented students in Illinois are closer to having access to higher education in Illinois.
In terms of our organizing and internal structures, we have open nomination periods for both our Stewards Council (until the end of March) and elected officers (until early April). Nominations can be sent to ntfc6546@gmail.com. These two elections will mean that near the end of the semester, now leadership will be in various roles and some of our prominent activists may have new responsibilities. An exciting time!
Finally, our communications team now releases periodic news letters, and the March edition has just come out: link. Check it out for member profiles, details on our various activities, and updates.
We have a number of events coming up in April, including an event with Ralph Martire, Executive Director of Center for Tax and Budget Accountability, hosted by State Representative Carol Ammons, which we are co-sponsoring. It will be on-campus on April 3 at 5pm (link) and is also co-sponsored by CFA and GEO. Later in month, we’ll be coordinating with a state-wide event hosted by UPI, a “teach out” which will bring students to Springfield to demonstrate the impact of the state’s problematic higher ed funding–ours will be a solidarity effort in support. And we have a couple of other events in the works that will hopefully be announced soon.
In solidarity