You are here: Home / Archived / Decision on Wage Reopener 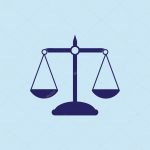 In July we surveyed NTFC members to seek input on whether to reopen wage negotiations this Fall. Our contract (Collective Bargaining Agreement) afforded us the option to reopen bargaining this year on the subject of wages only.

The results from our member survey on this question were mixed. About a third of respondents recommended that we should reopen negotiations, another third was undecided, another third clearly recommended that we should not. Our members and stewards also debated the wage reopener during the summer retreat, where concerns were expressed about how reopening bargaining might divert our energies from other important goals.

After weighing the various pros and cons identified by members, the Executive Committee voted unanimously AGAINST reopening wage negotiations. The reasons for the no votes were generally two: