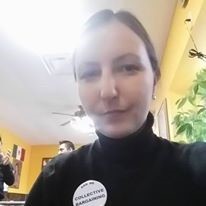 This week NTFC’s Stewards Council launched the start of a two-week organizing initiative. As we approach the end of the Fall semester, we’re focusing on talking to NTT’s new to our bargaining unit. As a member-run union, we want to be sure that new NTT’s not just know their rights under the Collective Bargaining Agreement (CBA) but have a voice in the direction of our local.

This Week in Reflection

We happily welcome Natalye Tate and Casey Sweeney, staff organizers from AFT, as they assist us in contacting new NTT’s in the next 2 weeks. Alongside staff organizers, NTFC members have volunteered their time to go on office visits as well. If you’d like to take your share of this responsibility and talk to some of your new colleagues, let us know by emailing us atntfc6546@gmail.com or calling 217-318-0042. These conversations happen in pairs and with assistance, so all you have to worry about it having a good conversation. Whether you’ve been involved with NTFC events in the past, or this would be your first time, participating in organizing conversations can be a fun and enlightening experience and all members are welcome to volunteer!

Every semester, representatives from NTFC meet with representatives of the Administration to discuss on-going CBA topics and other issues affecting our members. We will be meeting with the Administration in a couple of weeks to follow-up on the following topics: what services are retained for NTT’s who retire, the Admin’s strategy for handling any decision that may come down from the Janus v. AFSCME Supreme Court case, pay-floor compliance, faculty who are misclassified as “visiting,” and whether years an NTT was misclassified as “visiting” should count toward benefits. If any of these subjects are of interest to you, feel free to contact us at ntfc6546@gmail.com or by calling 217-318-0042. It’s especially important to contact us if any bargaining unit member believes they may be below the current pay-floor ($43,000 for 1FTE) or are misclassified as “visiting.”

On the State Level

The Illinois Federation of Teachers (IFT), one of our affiliates we pay dues to, has requested input from our local regarding whether to endorse a candidate for the next Illinois Governor election. Specifically, they’d like to know: 1) should the IFT endorse a candidate in the gubernatorial primary at all?; and if so 2) who should the IFT endorse in the gubernatorial primary? While the deadline for such input is December 4, and may limit our options for requesting input, we welcome our members’ thoughts, which should be emailed to us at  ntfc6546@gmail.com.

On Wednesday of this week, graduate students at over 40 universities staged a walkout to protest the Republican tax plan, called the “Tax Cut and Jobs Act.” This tax plan would include making tuition waivers taxable income, making graduate programs unaffordable by any but the already independently wealthy. If universities chose to take on the extra cost, which isn’t likely, many departments would face shutting down their graduate programs due to a decrease in applicants and increase in cost. Some private colleges and universities would also be hit hard by other changes in the tax plan. It’s clear that this tax plan is a way to provide the largest tax breaks to corporations while reducing options for class mobility.

The tax plan passed the House of Representatives by a vote of 227-205, but still needs to pass in the Senate. There’s still time for lawmakers to make changes to the tax plan or to defeat it completely. To help, you can sign GEO’s petition to the University to exercise its power to defeat the tax plan. In addition, you can write or call senators directly on either side of the isle to ask them to vote against this tax plan. If all democrat senators vote against the tax plan, we would only need to convince 3 republicans to also vote the tax plan down in order for it to be defeated in the senate. This tax plan would hurt workers and universities alike, so let’s unite to protect the future of education together.

As we go into the last weeks of the semester, as we invest ourselves in our students, research, and departments, let’s remember to invest just a little of our time in protecting our rights as workers and a vision of a University that puts education first.