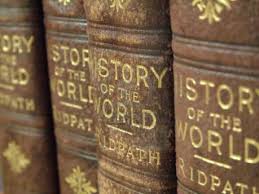 After teaching American history for more than three decades, a lot of what I teach in the classroom refers to events I actually experienced:  Watergate, Ronald Reagan’s “It’s Morning in America,” and Bill Clinton’s “I Feel Your Pain.”  I watched the towers of the World Trade Center fall with my students while teaching about immigration.  But, like students at that moment, I felt that I was a witness, an onlooker of events over which I had no control.  I could live through history, I could understand history, but it never occurred to me that I could make history.

In the early months of 2014, a small group of colleagues and I began to work with union organizers from the American Federation of Teachers to find out if our campus was ready for a union of lecturers, instructors, and other faculty not on the tenure track. Our salaries were nearly frozen or even cut. Employment security did not exist. Most of us had no opportunity for advancement.   As it turned out, hundreds of colleagues were ready to sign up for the cause.  But we also encountered much anxiety: What if the supervisor found out? Could you be fired? Deported?  What if the promised pay increase did not materialize? It was hard work to move our colleagues beyond fear and insecurity.

On May 15, 2014 we filed for union recognition with the Illinois State Labor Education Board. After a year-long lawsuit by the University administration contesting the legitimacy of our union (the case went all the way to the Illinois Supreme Court), we won recognition. Nearly two years and two strikes later, we ratified our first contract in May of 2016.  The rest is, well, history.

This time I wasn’t a witness. I actually helped to make it happen.
My colleagues and I made this history ourselves.

Our historic win did not eliminate all the work-related problems among our ranks, but we made a serious dent and continue to push for a better future for ourselves in contract negotiations and organizing.

If we don’t just want to be bystanders, we have to continue making history.  It is hard work. But so very much worth it.