All About Wages Part 3 of 3 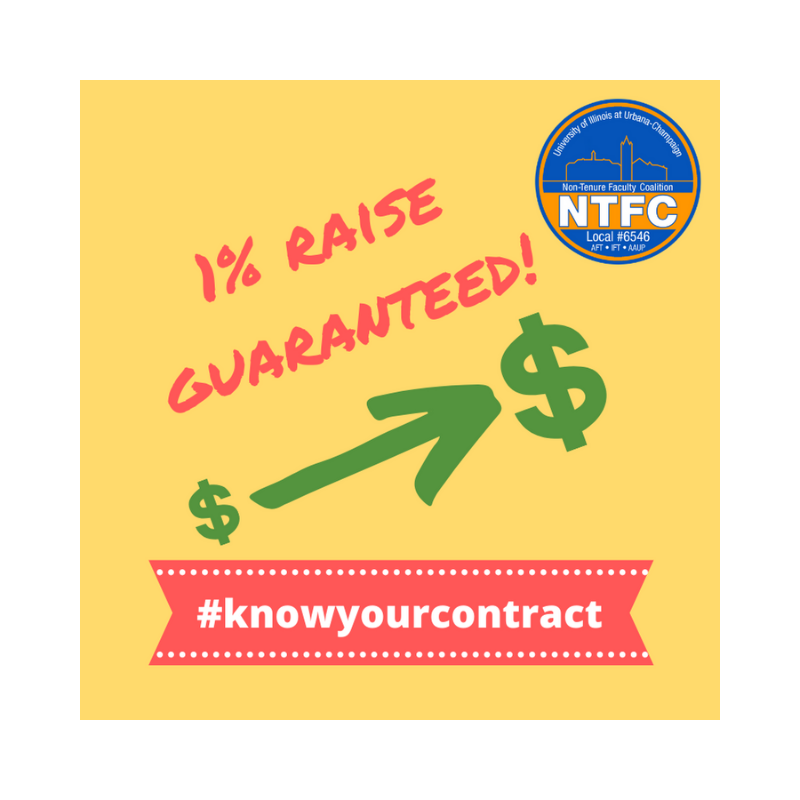 You are here: Home / Know-Your-Contract / All About Wages Part 3 of 3

Apart from getting assured minimum salaries and compression wage raises for NTT’s, NTFC has fought to ensure that each NTT will get a raise from our contracts. Before we successfully negotiated our second contract this summer, there was no assurance that our members would be making more this year as an NTT than they did last year. With today’s rapidly increasing costs of living, especially in healthcare, many NTT’s found that they needed their salaries to increase every year to keep up. While the Chancellor and Provost did announce salary increase programs from time to time, these were entirely at their discretion. We as NTT’s had no say in when we might see our next raise.

In negotiations this past summer, we also knew that our members were expected to see a jump in healthcare costs outside of normal inflation. Because of this, we negotiated to include a one-time, $750 bonus for all faculty employed at the university as of August 15th, 2019 (just before the 2019 AY began on August 16th, 2019). So, if you thought your September paycheck seemed much larger than normal, this is likely the reason.

Your Union, Your Issues

We’ve been able to address a lot of the issues relating to wages that our members face in the past few years. We’ve added contract language to establish guaranteed salary minimums, salary compression adjustments, guaranteed yearly raises, and more! This has been a part of the reason why our average salaries have gone up so much–together, we’ve made it happen! While we have done great things, we still have a lot of work to do to build on what we’ve already achieved in our first two contracts. If you want to see your union fight for certain issues in the next round of contract negotiations, please let us know your thoughts! We also need to remain vigilant, making sure that the gains we have fought so hard for are being followed through with. That’s why it’s so important that you know your contract!