You are here: Home / Archives for Member Thoughts 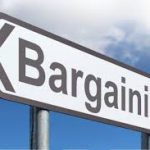 I’ve been with NTFC since before our current name, since before we had officers, since before we were a certified bargaining unit (in 2014). I was lucky enough to serve as our first President, and to do my small part to help shepherd through our first collective bargaining agreement, which we bargained from 2014-16 and which we had to go on strike to settle.

Along the way, I’ve come to understand that being a union member is not as obvious a decision for everyone. There’s skepticism about what a union can actually achieve, about the perceived problems it can cause, and about how it might change the relationship between worker and the employer. For me, those are all positives, and union membership has always seemed a natural choice. But if it doesn’t for you, let me ask: If we don’t provide the incentive for changes that protect us, from what incentives will the employer work?

I don’t presume that administrators at the University of Illinois are malicious or even anti-union, but I can say from experience that they need to be reminded, and often, to act on the rhetoric they use about what they value and who they reward.

However, I’m writing today as an optimist. In our last contract campaign, there were clear disconnects between the University’s Bargaining Team and the Administration, who are the ones that actually approve any real changes in a contract. I take it as a positive sign that the University’s team now includes a representative from the Provost’s office and that our Chancellor was able to summarize the state of bargaining in-depth and correctly at the Academic Senate meeting on April 1. These are great signs, but we will need to reinforce them as we go, holding the administration to account.

We’ve done a lot in the last five years, including setting base-line salaries for the full-time non-tenure-track faculty we represent, establishing better long-term contract protection for those that work here more than five years, and more generally improving the recognition and standing of NTTs on campus.

I am proud of what we’ve achieved in the past and look forward to where this bargaining cycle will lead us. 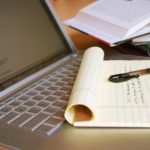 The title of Specialized Faculty suggests that we specialize in teaching; for those of us on 100% teaching appointments, our teaching labor is certainly our most visible labor, particularly in the humanities. While most of us trained in scholarly or creative fields while training as university instructors, this side of our professional identities tends to be overlooked.

I became a Lecturer in the Department of English after graduating from the same department with my Ph.D. in 2017. In the time since completing my degree, I’ve noticed subtle changes in how the scholarly side of my work is (or is not) perceived. I’m more frequently introduced by my NTT status than by my area of study, as graduate students and tenured faculty tend to be identified. In a recent conversation with someone who works outside of academia, I mentioned my plans to spend the upcoming summer preparing to submit an article to a journal. When they asked if I was doing so “just for fun,” I was at a loss for how to (politely) respond to the implication that my scholarship and writing are essentially a hobby.

While it’s undoubtedly true that a full writing-intensive teaching load leaves little time for much else during the semester, I didn’t stop writing, conducting research, or attending conferences when I became Specialized Faculty. As someone who taught a 2-2 load for the majority of my Ph.D., I see my scholarship and my teaching as fundamentally linked parts of my professional identity.

This is why I’m happy to see that professional development funds are one of the items NTFC’s bargaining team is negotiating for in our next contract. Such funds could support a range of activities, from teaching workshops to attending conferences to archival research.

I didn’t stop writing, conducting research, attending conferences, and being otherwise engaged in my field when I became an NTT. Such funding would be a concrete way to acknowledge the full range of my professional activities. 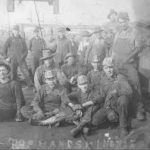 We at the NTFC have just begun bargaining a new contract. It has already been a long process. Some of the most difficult parts are yet to come. I think of my relatives, striking so that companies would pay for the lungs they took for profit. *